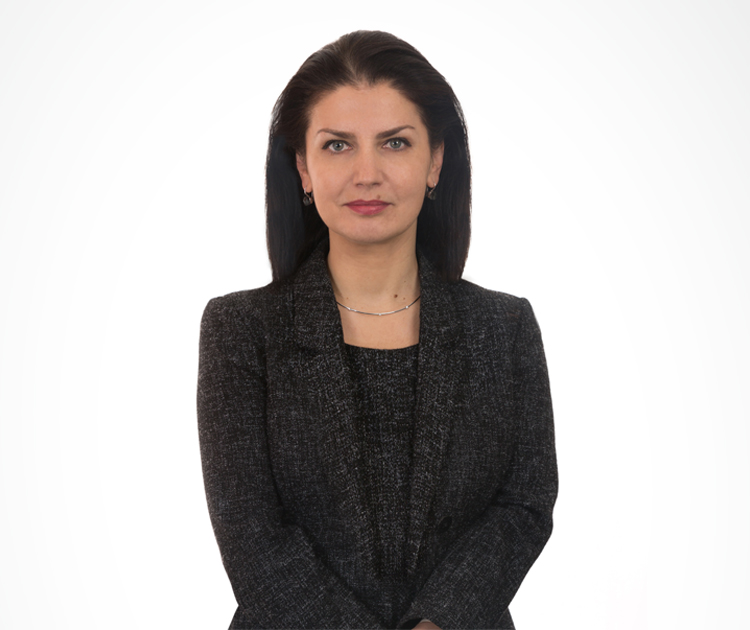 “Irina is a Senior Associate qualified both in England & Wales and in Russia. Irina has extensive experience of practising in both jurisdictions, with particular expertise in commercial litigation.”

Irina is a Senior Associate with varied experience in high value commercial disputes involving both domestic and international clients. She has acted in banking, financial services and civil fraud disputes, enforcement proceedings and obtaining freezing injunctions as well as in contentious trusts and probate litigation. Irina’ practice also includes international arbitration, and she was recently described as a key lawyer in Legal 500 for this practice area.

Irina originally qualified and practised in Russia, where she participated in complex contractual, tax, banking, insolvency, regulatory and property litigation at all levels of the judicial system arguing cases before the Russian courts. After relocating to the UK, Irina requalified as a solicitor in England and Wales and practised as a litigator in private practice and as a sole in-house counsel.

Prior to becoming a lawyer, Irina graduated with a degree in English and German languages from the Pomor State University in Russia. After qualifying as a lawyer in Russia, Irina worked for JSB Arkhangelskpromstroybank, reaching the position of its Head of Legal, and then for Bank Rossiyskiy Capital and one of its non-profile projects, later becoming a Deputy CEO on Law at Sawmill-23 in Arkhangelsk, Russia. Having moved to the UK in 2008, Irina undertook full requalification by completing a Law Degree at the University of Exeter followed by the LPC and a training contract with the regional heavyweight Michelmores LLP then gaining litigation experience with DAC Beachcroft in Bristol followed by in-house role at a UK-based marine fuel trading subsidiary of a foreign energy giant prior to joining Cooke, Young & Keidan in 2018.

Irina is a member of the Russian Arbitration Association (RAA).

Multi-Jurisdictional cases in England and Russia