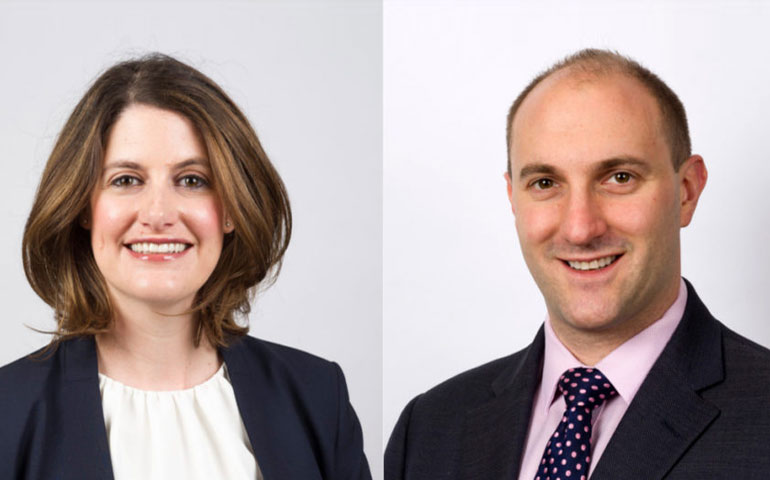 LONDON, 03 October 2017: Leading dispute resolution boutique Cooke, Young & Keidan LLP (CYK), has announced that senior associates Daniel Burbeary and Lydia Danon have been promoted to the partnership. This announcement follows the recent appointment of Robert Coffey as the firm’s new managing partner and supports its continuing growth strategy. In particular, the new partners will help drive the firm’s continuing growth across the full spectrum of disputes resolution work, including fraud and asset recovery, partnership and shareholder disputes and international commercial and investment arbitration.

Lydia Danon, who is a qualified Solicitor Advocate, has a growing civil fraud practice, with experience in obtaining and resisting interlocutory relief including freezing injunctions, search and seizure, Norwich Pharmacal and contempt orders. Lydia is also part of CYK’s specialist partnership and LLP disputes team, advising law firms, financial service firms, hedge funds, and their members. Lydia joined CYK in March 2009 as one of its first associates.

Commenting on the promotions, founding partner Philip Young, said: “This is a very exciting time for the firm. Eight years after we were founded we are entering a new phase of growth, extending our services into new areas of dispute resolution as well as continuing to build our established client base in the financial services arena.

“We are delighted to welcome Dan and Lydia to the partnership; they have both already played a significant role in the success of the firm and I know they will continue to do so as we move forward under the leadership of our new managing partner, Robert Coffey.”

CYK has built a strong reputation for handling difficult litigation since it was founded, and it has achieved many landmark victories for clients including: