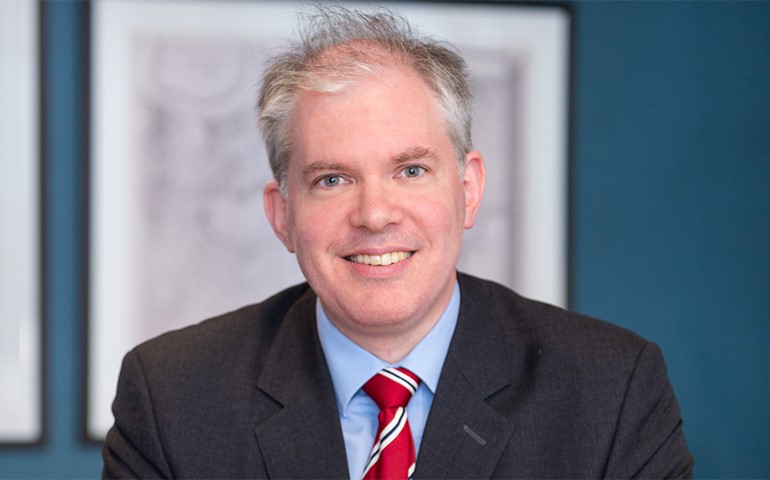 7 April 2020: As havoc looms for large parts of the UK economy, Alberto Thomas of Fideres and Philip Young of CYK examine the continuing flaws in the Government’s CBIL lending scheme and suggest some urgent remedies

On 23 March, when the government announced the lockdown of the British economy, small and medium businesses had, on average, 27 days of cash in the bank to pay for their regular outflows, according to a study by JP Morgan of 2016. The clock has been ticking and businesses now have an average of 11 days left before they start to default on their suppliers and employees, creating a cascade of havoc for the British economy. SMEs represent approximately 50% of the UK GDP and are responsible for circa 60% of UK employment, with approximately 16.6m people employed by SMEs. Limiting destruction of such businesses is essential to reduce the inevitable impact of the deep recession that is coming.

The CBILs SME lending scheme is not fit for purpose. We explained why in a press release on 20 March. We also proposed how the scheme could be fixed. The scheme was faulty for three reasons: it lacked loan terms standardisation, leaving it to the banks to establish on which terms to lend and allowing them to impose unreasonable terms and security, banks are unequipped to deal with the high volume of requests coming from the majority of businesses; and, finally, banks are unwilling to stretch their balance sheets and lend at an unprecedented pace at a time of crisis. The scheme failed to incentivise businesses from taking it up. Instead businesses have preferred to hoard cash and furlough staff.

The fact that, over the last two weeks, only £90m of loans have been approved is a proof of this failure. To put this figure into perspective, SMEs’ monthly payroll cost alone adds up to approximately £41bn.

The government should launch, this week, a new SME Payroll Protection scheme that aims at disbursing cash immediately to meet businesses imminent cash crunch. This will buy time to overhaul, over the next two weeks, the CBILs scheme and retool it to provide SME support in the rebuilding of their business in the aftermath of the crisis. We explain how this can be done in the two stages proposal that follows.

The first phase of the plan must aim at disbursing cash within the next 11 days to meet businesses’ imminent cash crunch.

The key objective here is speed and that means simplicity is vital. Hence, it should be whichever practically would be the quickest to accomplish of: (a) HMRC making payments to each business; or (b) banks crediting their customers with, in either case, 2.5 times the February payroll for every business with less than 250 employees. HMRC has the direct debit details for each business registered for PAYE and the payroll figures to do this. Alternatively, SME business owners could be asked to self-certify a declaration of such amount to the banks, and would be held criminally liable for false declarations. The loan shall have an annual interest rate of 0.5%, in line with the US and Swiss scheme, be for a 12 months term, have pre-payment penalties, no interest charged for the first six months and no requirement for security. Any business that does not want the loan, can repay it within the first 6 months. Businesses who do not refund it within the first 6 months, will be deemed to have subscribed to the loan. If banks make the credit, the government should 100% guarantee it for the bank.

Any business that does not return the money to HMRC within the first six months will be deemed to have accepted the loan terms.

At the same time launching the payroll protection scheme, the government should urgently begin reforming the current CBILs scheme. A fair balance should be struck between the interests of employees, businesses and the taxpayer. The aim of the scheme should be to support SMEs in maintaining employment and rebuilding their working capital as their activity slowly scales back up to normal levels.

We set out below which features of the CBIL scheme need to be fixed and we propose how.

Loan terms must be directly tied to employment commitments

The loan amount should be set to a multiple of the SMEs’ quarterly payroll, say 120% of net payroll, paid quarterly in advance. The starting point should be the business payroll as communicated to HMRC in February 2020 and self-certified by business owners in the loan application. The government can verify the payroll numbers, through its PAYE system, before each loan advance instalment is disbursed. So, if the SME lays off staff, the amount of funding available decreases. Equally, the system incentivises SMEs in expanding economic sectors to hire. The government could also establish, as it initially announced, a cap on the maximum loan advances available to each business. Which can be set as a multiple of the latest aggregate pre-crisis payroll and draws (for partnerships). So designed, the scheme creates an incentive for businesses to maintain current staffing and, importantly, rehire employees laid off or furloughed in the past few weeks.

The role of the banks

Banks should be asked to administer the lending scheme, not make lending or commercial decisions. Banks will be tasked with receiving the loan applications from the businesses, using standardised request forms, process them and disburse the money. The loan terms will be set by the government, as set out below. This accelerates the process and eliminates business owners’ need to shop around for best terms. It guarantees that all business owners have a level playing field, avoiding unequal lending practices and terms imposed by different lenders or delay caused by demands for security.

Business owners must be kept accountable

Loan advances must be tied to business owners’ covenants such as: a ban on dividends and a commitment to spend at least 80% of the loans on payroll and draws. Additional simple checks could be implemented but these must be carefully balanced by the risk of delays in the implementation of the scheme.

The loans must be fair to taxpayers

Loans should be interest-free for 6 months, extendable if necessary, until the end of the coronavirus crisis. At that point, the interest is set based on a simple formula: lower interest rate for businesses that have preserved the same staff levels as they had at the beginning of the crisis, higher for the others.

The loan then runs its term, with provisions allowing for businesses to amortise it or prepay it without any pre-payment penalties, with the set level of interest rate.

What to do with the CBILs already agreed by the banks since the chancellor announced the scheme? Businesses shall be offered the opportunity to convert them into the new CBILs.

It is time to act now and fast to halt the wave of layoffs that will leave a lot of people without jobs.

About Fideres and Cooke Young and Keidan

Fideres Partners is an international economic consultancy. Cooke Young & Keidan is a litigation law firm. Both firms have their headquarters in London.