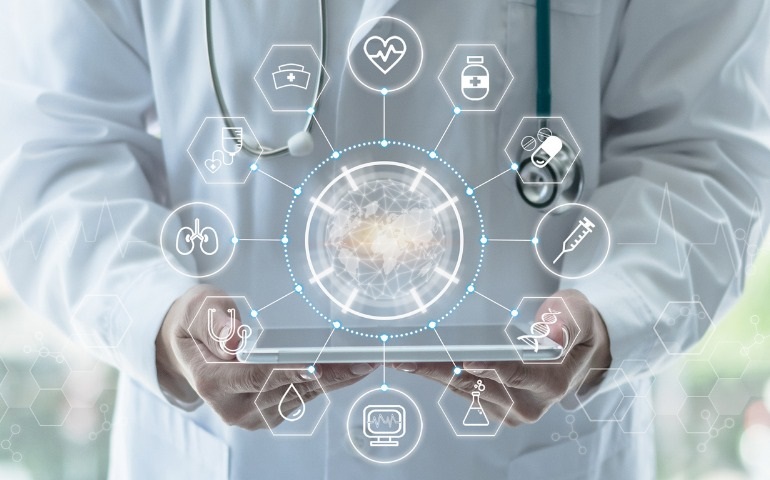 In the third instalment of articles by our team on litigation in the medtech sector, Rosie Wild looks at how some of the hurdles discussed in the previous instalment can be removed where there is evidence of fraud.

The recently concluded trial of Elizabeth Holmes in relation to Theranos shows just how difficult technical fraud cases can be to prosecute. Holmes was found guilty of four charges out of 11: one count of conspiracy to defraud investors, and three counts of wire fraud against investors, but this was not without significant effort from the prosecution to prove the essential element of a fraud claim: that Holmes knew that the product she was selling was a sham.

The relevant state of knowledge for a fraud claim is that the person(s) involved knew or had good reason to believe that the information provided was false or misleading or had what is called “Nelsonian blindness” (i.e. turning a blind eye) or being reckless as to the truth.

We saw, in the second instalment of this series, the difficulties that can arise when trying to seek relief in standard breach of warranty or misrepresentation claims. As we will see in this instalment, some of the hurdles discussed can be removed where there is evidence of fraud.

In the last instalment, we gave the example of an investor deriving comfort from a technical demonstration of a product’s capabilities, who then relies on this to enter into the investment agreement, only later to be faced with a product that does not perform as demonstrated and an agreement that excludes liability for pre-contractual representations.

Exclusion/limitation clauses invalid. Where there is fraud involved, the company will not be able to rely on contractual limitation or exclusion clauses to limit or exclude its liability. This is helpful, as it means that any statements made in demonstrations, meetings, correspondence, investor brochures and so on may be relied upon to seek relief, when such recourse would otherwise usually be contractually excluded. It also means that stated limits on damages that can be claimed may not apply and hence greater relief may be obtained.

Extended period within which to bring a claim. Discovering fraudulent behaviour can also assist to extend the contractually stipulated time an investor has to bring a claim, that might otherwise be stated in the Share Purchase Agreement or other relevant documents.  In a fraud case, the period of limitation is six years starting from the date on which the investor discovers the fraud, concealment or mistake, or could with reasonable diligence have discovered it (section 32, Limitation Act 1980). This can therefore provide a longer limitation period within which to bring a claim.

Lifting the corporate veil. English law recognises separate legal personality between a company and its shareholders, which usually means something done on the company’s behalf is attributed to the company and the shareholders’ personal assets are not at risk. This is sometimes referred to as “lifting the corporate veil”. Although a more difficult case to establish and argue, there are circumstances in which a fraud plea may assist to lift the corporate veil and make the fraudulent individual concerned personally liable (e.g. the person who made the fraudulent misrepresentation). This may be particularly useful if the company is fledgling and has no real assets of its own.

Director personal liability.  Even where it is not possible to lift the corporate veil, it may be possible to make a director jointly (alongside the company) or individually liable for fraudulent misrepresentation. This can be a particularly daunting position for a director to be in with his or her personal assets on the line.

Damages. The victim of fraud is likely to be able to recover a wider range of damages as the Courts take a more expansive approach to loss where fraud is involved.  This is for various reasons including: damages are not limited to reasonably foreseeable losses, damages may not be reduced for contributory negligence, and as noted above, limitation or exclusion clauses are less likely to be effective. In addition, the victim of fraud is more likely to be awarded a higher level of costs recovery if the action is successful (indemnity costs).

As demonstrated by the Theranos trial, it can be very difficult to prove someone’s state of mind at the time at which they made certain representations as to the product in question. As mentioned at the start, to establish a claim in fraudulent misrepresentation, it must be proved that the false statement has been made knowingly, or without belief in its truth, or recklessly as to its truth.  The test is subjective, and it is not necessary to establish a dishonest motive.

The prosecution in the Theranos trial called around 30 witnesses and submitted mountains of paperwork to try to prove Holmes’ state of mind, against evidence from Holmes that she never knowingly defrauded patients or investors.

There is a high bar for pleading and proving fraud in English proceedings. Although the burden of proof in all civil cases is the balance of probabilities, in a fraud case due to its nature, it can be perceived to be higher. It is therefore important to have concrete, primary evidence of fraud in order to make out a pleading. As a potential investor or existing investor, it is important to make notes of demonstrations and keep records, ask for copies of material being shown or relied upon, ask probing, difficult questions and make a note of the responses. If something seems too good to be true, it might be just that.

It is also worth noting that a fraud plea can quickly escalate the temperature of what could otherwise be a negotiable or settleable dispute. It can, for obvious reasons, damage irreparably the relationship between the parties, which is a factor to bear in mind if, as an investor, the investment may be locked in for a number of years.

It can also be harder to obtain summary judgment in fraud cases, as they are complicated and the stakes are high, hence one should be prepared to pursue the litigation beyond the initial stages and have the funding available to do so. On this note, it is always worth checking whether there are any agreements or insurance policies in place that might cover or contribute towards legal costs.

Finally, as mentioned above, pleading fraud and failing to prove it can carry an increased risk that the losing party will be made to pay the winning party’s costs on the indemnity basis (i.e. a higher percentage). This is to serve as a penalty for some form of wrongful conduct in connection with the proceedings.

As we have previously commented, the market has been flooded with businesses offering new, pandemic-related products, at lightning speed, in order to respond to consumer demand. These conditions are perfect for greed and speed to get the better of people and can lead to devices being produced which fall short of the mark or fail to fulfil their obligations to customers. On one hand, there will be legitimate companies who have rushed and made mistakes and on the other hand, there will be opportunistic fraudsters looking to make a quick buck. It is therefore worth being extra cautious and diligent when investing in or purchasing these products. As we said in the first article of the series, we perhaps shouldn’t be too surprised to see another Theranos in the future…