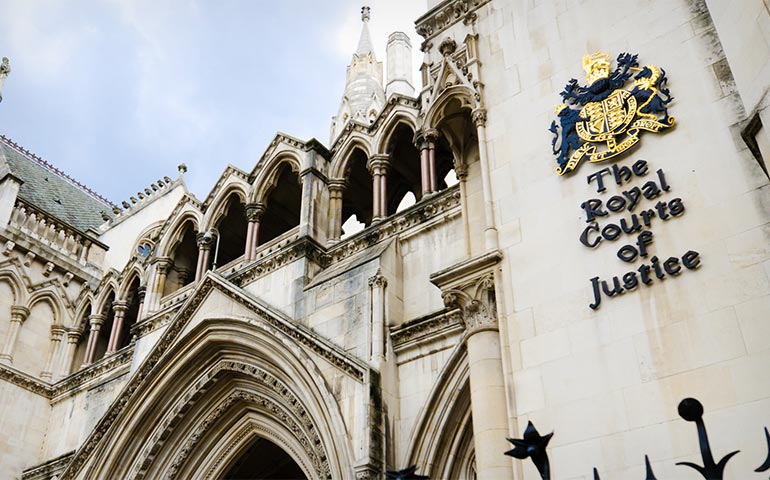 26 April 2022: In this in-depth analysis, Mikhail Vishnyakov considers the impact of the sanctions on Russia in terms of key restrictions and potential claims. The sanctions imposed on Russia are likely to affect many contracts and supply chains. This article examines how businesses can be prepared for complying with sanctions and explains the importance of preparing for sanctions-related disputes.

The sanctions imposed on Russia are likely to affect many contracts and supply chains.

Accordingly, businesses should be aware of the restrictions and be prepared for sanctions-related disputes. This article:

By way of summary, performance of existing contracts may be prohibited by sanctions. However, the scope of the prohibitions and their impact on contracts may not always be clear. For example, if a contract provides for the consequences of sanctions, disagreements may arise as to whether the requirements imposed by the applicable clauses are satisfied. Furthermore, given that claims may be brought both against and by sanctioned parties, businesses may need to act promptly not only to comply with sanctions but also to protect their position in a subsequent dispute.

I. The key restrictions: the “asset freeze” regime

The sanctions imposed on Russia under the Russia (Sanctions) (EU Exit) Regulations 2019/855 (the “Russia Sanctions”) include “asset freezes” on 1208 individuals and 105 entities (at the time of writing). These sanctioned persons include oligarchs and well-known Russian companies.

Briefly, the “asset freeze” regime prohibits normal commercial dealings with sanctioned persons. In particular, it is prohibited to:

As explained further below, these prohibitions also apply to entities that are owned or controlled by sanctioned persons.

The scope of the key restrictions

The key restrictions imposed by the Russia Sanctions are very broad, as evident from the definitions of “funds” and “economic resources”: “funds” include “financial assets and benefits of every kind” (this can include cash, deposits, interest, and dividends); “economic resources” include “assets of every kind, whether tangible or intangible, movable or immovable, which are not funds but can be used to obtain funds, goods or services.” (emphasis added) Crypto assets fall under both definitions.

The prohibition on “dealing with” such “funds” or “economic resources” is also very broad and includes:

Accordingly, transactions involving sanctioned persons need to be carefully considered.  For example, payments (or other consideration) which may be due to sanctioned persons (whether under existing contracts or otherwise) may be prohibited under the “asset freeze” regime.

Ownership or control (Regulation 7 of the Russia Sanctions)

The above prohibitions extend to entities “owned or controlled directly or indirectly” by a sanctioned person. Accordingly, the Russia Sanctions are not limited to individuals and entities who are expressly designated (named) on the list of persons subject to financial sanctions.

The “ownership or control” test would be satisfied in respect of legal entities if the sanctioned person: (i) holds directly or indirectly more than 50% of the shares or voting rights in that legal entity; or (ii) holds the right directly or indirectly to appoint or remove a majority of the board of directors. There are detailed legislative provisions clarifying how this criteria may be assessed in practice.

The ‘reasonableness’ assessment therefore creates a risk that a legal entity may be “controlled” by a sanctioned person even when the objective criteria for establishing ownership or control are not satisfied.

Given the relatively large number of persons expressly sanctioned under the Russia Sanctions, it is reasonable to assume that the restrictions will affect many companies, businesses and sectors.

Who do the Russia Sanctions apply to?

If a contract or counterparty is affected by sanctions (whether “asset freeze” or otherwise), an immediate analysis is likely to be needed to determine whether the future performance of the contract is permitted or prohibited. If the position is not clear,  the risk appetite of the parties may differ depending on their commercial objectives and reputational concerns.

Does the contract provide for the consequences of sanctions?

In addition to analysing the applicable sanctions, the contract needs to be carefully considered as it may include relevant clauses, such as force majeure and/or illegality clauses, which may address the consequences of sanctions.

The parties may disagree as to whether the contractual clauses are satisfied (and therefore whether the prescribed consequences may be invoked) in the applicable circumstances. For example, the High Court recently considered an argument that an obligation on a party to exercise its “reasonable endeavours” to overcome the force majeure event (i.e., sanctions) obliged that party to agree to receive payment in Euros rather than US Dollars. Our update is available here.

Importantly, notices served on the basis of mistaken reliance on such clauses or notices which are otherwise invalid may give the counterparty the right to terminate the contract and claim damages.

What if the contract is silent as to the consequences of sanctions?

If the contract is silent as to the consequences of sanctions, the doctrine of “frustration” may apply.

This operates to discharge the contract if it becomes impossible to perform or transforms the obligation to perform into a radically different obligation from that undertaken at the moment of entry into the contract.

If frustration applies, the contract would be automatically brought to an end, with the parties being released from future obligations. This may not necessarily be an attractive outcome for all parties.

III. Issues which may arise in claims involving sanctioned parties

Prima facie, the Russia Sanctions may also prevent sanctioned parties from performing their side of the contractual bargain (given that dealing with their funds or economic resources is prohibited).

However, the Russia Sanctions contain various grounds for obtaining an authorisation to perform an action which would otherwise be prohibited.

For example, an authorisation may be granted to enable the funds or economic resources of a sanctioned person to be used in order to satisfy the sanctioned person’s obligation (whether contractual or otherwise), provided that:

(a)  the obligation arose before the date on which the person became a designated person, and

(b)  no payments are made to another designated person, whether directly or indirectly (paragraph 8 of Schedule 5 of the Russia Sanctions).

The importance of this potential exemption was considered by the High Court in the context of the Iran sanctions regime in DVB Bank SE v Shere Shipping Company Limited [2013] EWHC 2321 (Comm). In that case, the borrower became sanctioned under the asset freeze regime and argued that the loan agreement therefore became suspended or frustrated, as it was not permitted to deal with its funds. However, this argument failed because it was possible for the borrower to obtain an authorisation to make the payment. Accordingly, it should not be assumed that being sanctioned would be a defence to potential claims.

Another relevant ground for obtaining an authorisation is the satisfaction of a judicial, administrative or arbitral decision or lien made before the date on which the person became sanctioned.

An example of a potential claim by a sanctioned party against a non-sanctioned party occurred in Shanning International Ltd v Lloyds TSB Bank plc [2001] UKHL 31. In that case, there was a risk that the sanctioned party could claim for losses caused by the non-sanctioned party’s failure to perform the contract. Certainty – in the form of a Court determination – was required to confirm that such claim would be unsuccessful, to enable the release of a deposit made towards contractual performance. The Court held that the potential claim would be prohibited under the (pre-Brexit) sanctions regime, because of the “no claims” provision therein (this prohibited claims for breach of contract if the breach was caused by a party’s compliance with sanctions).

Post-Brexit, Section 44 of the Sanctions and Anti-Money Laundering Act 2018 (the legislation enabling the Russia Sanctions) provides that a person will not be liable in respect of legal proceedings arising out of an act (or omission) done in the “reasonable belief” that the act (or omission) is in compliance with the sanctions. Whether a party’s belief was “reasonable” is likely to be fact-specific. Accordingly, conducting and documenting the requisite analysis may therefore be helpful.

Initial obstacles to claims by sanctioned parties may include difficulties with making the necessary payments to legal representatives, arbitral institutions or courts, albeit it may be possible to obtain authorisations for such payments.

If a contract or counterparty may be affected by the Russia Sanctions, it is important to seek legal advice as soon as possible. It may be illegal to continue to perform the contract. However, that does not necessarily mean that the contract can be validly terminated, or that the contract has come to an end by frustration. A careful analysis of the contract and the sanctions regime is likely to be required to determine the likely position.

The communications with the other side will also need to be carefully considered, including in particular any notices seeking to invoke the potentially relevant contractual clauses, given that the contents of such communications may play an important role in a subsequent dispute.