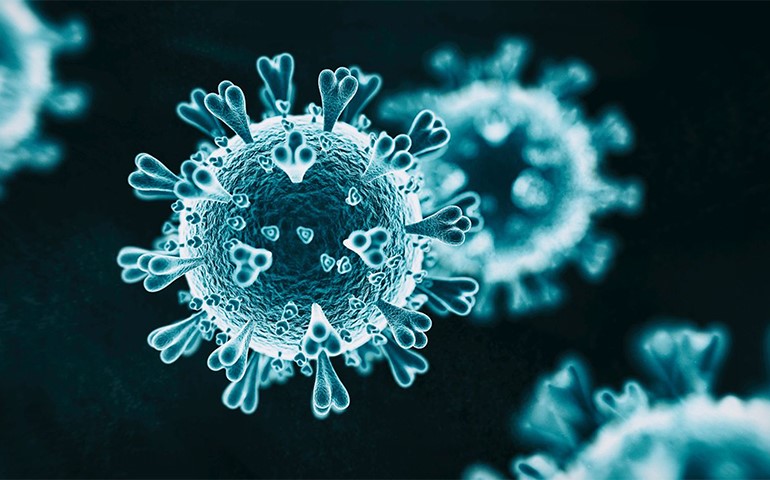 COVID-19: can I or my counterparty get out of, or temporarily excuse performance of, our contractual obligations?

By Philip Young and Rosie Wild

COVID-19 has already had a significant impact on many countries, and the UK government has advised that we in the UK are only at the start of the bell curve of infection.  As is well reported in the press, drastic measures are being taken on a global scale to attempt to slow the spread of the virus and the resulting pressure on health services worldwide. Such measures include emergency laws limiting and/or preventing public gatherings, travel, and movement.

With COVID-19 now labelled as a global pandemic, what does this mean practically for ongoing contractual obligations?

The first step is to check whether there is either a force majeure clause, or something akin to that in your contract. A force majeure clause typically excuses one or both parties from performance of the contract in some way (either temporarily or permanently) following the occurrence of certain events, usually defined as acts, events or circumstances beyond the reasonable control of the party concerned.

If there is a force majeure clause in your contract, whether COVID-19 is included as a force majeure event will depend on the wording of the clause, which should list examples of force majeure events that fall within its scope. It is important to note that the use of this term alone in an agreement, with no definition, is unlikely to be effective, because the term “force majeure” has no recognised meaning in English law. For example, a clause stating that the “usual ‘force majeure’ clauses shall apply” was held void for uncertainty (British Electrical and Associated Industries (Cardiff) Ltd v Patley Pressings Ltd [1953] 1 WLR. 280).

It is possible that COVID-19 may be covered by the clause force majeure clause, for example because the clause might specifically lists “pandemics”. It may also be covered under an “Act of God” which was defined by Lord Hobhouse in Transco PLC v Stockport Metropolitan Borough Council [2003] UKHL 61, as an act which, (i) involves no human agency; (ii) is not realistically possible to guard against; (iii) is due exclusively and directly to natural causes; and, (iv) could not have been prevented against with any amount of foresight, plans, and care. Finally, it is also possible that the clause will refer to government actions, which would include the wholesale closure of cities and countries within Europe and any restrictions placed on travel or imports by governments. The party seeking to rely on the clause to avoid its obligations will likely have also to show that: (i) its non-performance or default was caused by the force majeure event (and not by, for example, the party’s own negligence); (ii) that the force majeure event has made it legally or physically impossible to perform its obligations (in some circumstances, depending on the language of the clause, hindrance or delay in performance may be sufficient); (iii) there were no reasonable steps that one could have taken to avoid or mitigate the event or its consequences.  This is, of course, all subject to the express wording of the clause. It is important to note that even if a force majeure event has occurred, within the definition of the clause, a party cannot rely on the clause if it would not have been ready, willing and able to perform its contractual duties if the force majeure event had not occurred (Classic Maritime Inc v Limbungan Makmur SDN BHD & Anor [2019] EWCA Civ 1102). The burden of proof is on the party seeking to rely on the force majeure clause, who must prove that the event (in this case COVID-19) falls within the force majeure clause and that non-performance of contractual obligations was due to the event.

On the other hand, if your counterparty is seeking to rely on a force majeure clause to avoid its contractual obligations to you, and it is unclear whether COVID-19 is covered by the clause, correspondence should be handled carefully to avoid any risk that you are implicitly or expressly waiving your rights to enforce your contractual rights. In certain circumstances, it may be appropriate to include in correspondence an express statement that nothing you have said should be taken as a waiver of your contractual rights.  If COVID-19 is clearly covered by a force majeure clause, it might be prudent to consider negotiating with the other party to see if a workable solution can be achieved.

If you are seeking to avoid your contractual obligations and there is no force majeure clause in your contract, there may still be a remedy available to you under the common law doctrine of frustration.  However, this only applies in certain restricted circumstances. It is normally considered applicable only where performance has become commercially or physically impossible although, that said, there is some authority supportive of the disputed proposition that performance that is fundamentally different to the parties’ original intentions may be sufficient, but this is contentious. Regardless of that debate, it is a high bar to claim that a contract has been frustrated. One of the reasons for this is because, on one level, the operation of the doctrine of frustration is at odds with the fundamental principle of contractual certainty and being able to rely on the terms of the agreement you have entered into. The Court always seeks to hold parties to their bargain, if possible. Therefore, if there is a different way for the parties to perform their contract, even if it is more expensive or more difficult than the original expected method of performance, the Court will seek to enforce that form of performance.

Could you argue that the contact has been frustrated by the effects of COVID-19?

Whether it is open to claim a frustration event successfully to avoid contractual obligations will be contract and context specific. The key tenets of the test are that an event (which in this context, could be certain mandatory restrictions put in place as a result of the outbreak/spread/occurrence of COVID-19 in a particular place) that is not due to the fault of either party, that occurs after the contract has been formed that makes future performance impossible, illegal or makes it so fundamentally different from that contemplated by the parties at the time of the contact.  If you are found in this position, where possible, it is worth taking steps to attempt to mitigate your loss.

If a party can prove that a frustration event has occurred, the contract is automatically discharged and that brings an end to the parties’ obligations. There is no option for a party to elect to continue the contract. If one party has paid money to another under a contract before the occurrence of the frustrating event (for example, money paid as an advance in consideration for the future supply of goods or services), it may be possible to recover monies paid (or at least a portion of monies paid) under the contract under the Law Reform (Frustrated Contracts) Act 1943 and possibly by more creative arguments relying on the law of unjust enrichment that has substantially developed since the 1943 Act. Section 1 of the Act sets out the rights and liabilities of parties to frustrated contracts and section 1(1) says that it applies to contracts that have “become impossible of performance or been otherwise frustrated” and where “the parties thereto have for that reason been discharged from the further performance of the contract”. It is important to note that this Act only applies to contracts that are governed by English law. Another very important point is that, because the effect of the doctrine of frustration is blunt (in that it discharges all future performance obligations), for larger and more complex contracts – particularly those that are longer term and “relational” in nature – it may have the effect of cutting across potentially very important rights and obligations dealing with the parties’ mutual disengagement.

Practically, it is clear that the spread of COVID-19 will have an impact on thousands of contracts worldwide.  It is important to be aware of your contractual rights, obligations, act quickly, and be careful in correspondence with your counterparty.