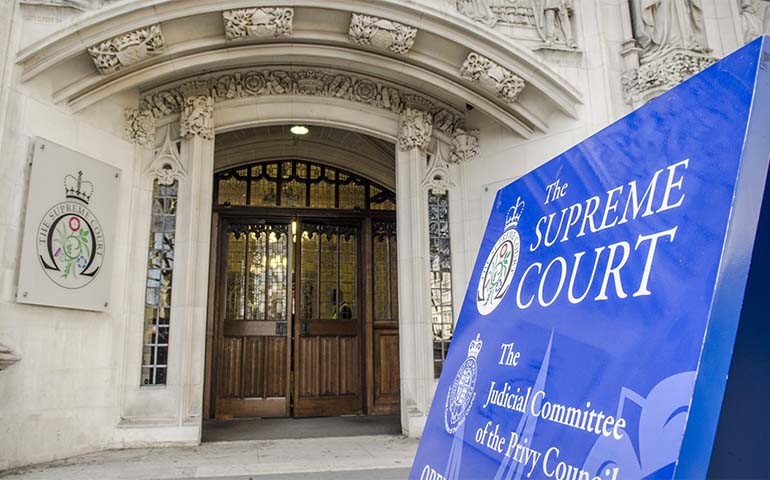 Is a parent company bound by an arbitration clause entered into by its subsidiary?

Having determined that it was English law, the Supreme Court held that the parent company did not become bound by the arbitration clause, and accordingly refused enforcement of the arbitral award against the parent.

This article explains the Supreme Court’s decision and recalls a 2015 judgment in which the High Court held that a parent company was bound by an arbitration clause entered into by its subsidiary  (Egiazaryan and another v OJSC OEK Finance and the City of Moscow [2015] EWHC 3532 (Comm)).

Kabab-Ji entered into a Franchise Development Agreement in July 2001 (“FDA”) with a Kuwaiti company (“Al Homaizi”), granting it a licence to operate a franchise using Kabab-Ji’s restaurant concept. The FDA was expressly governed by English law, with disputes to be resolved by ICC arbitration seated in Paris.

In 2005, the Kout Food Group (Kuwait) (“KFG”) was established as a new holding company, and Al Homaizi became its subsidiary.

The issues for determination by the Supreme Court

Issue 1: what law governs the validity of the arbitration agreement?

The requirement to determine the law governing the arbitration clause stemmed from the basis on which KFG resisted enforcement of the award. KFG relied on Article V(1)(a) of the New York Convention, which provides that enforcement of an award may be refused if:

“The parties to the [arbitration agreement] were, under the law applicable to them, under some incapacity, or the said agreement is not valid under the law to which the parties have subjected it or, failing any indication thereon, under the law of the country where the award was made”. (emphasis added)

In Enka, the Supreme Court considered which system of national law governs the validity of the arbitration agreement when the law applicable to the contract containing it differs from the law of the seat of the arbitration.

However, the Supreme Court held that those principles should nonetheless be relied upon in Kabab-Ji because “it would be illogical if the law governing the validity of the arbitration agreement were to differ depending on whether the question is raised before or after an award was made.” (par 35)

Two of the applicable principles set out in Enka are:

Applying the above, the Supreme Court held that “a general choice of law clause in a written contract containing an arbitration clause will normally be a sufficient ‘indication’ of the law to which the parties subjected the arbitration agreement” (paragraph 35).

In light of this, the law governing the question of whether KFG became a party to the arbitration clause had to be determined under English law.

Issue 2: did KFG become a party to the arbitration clause?

Kabab-Ji argued that the contract had been novated by Al Homaizi to KFG by virtue of the parties’ conduct, and that the parent company could be joined to the arbitration on that basis.

Against that, KFG relied on a clause in the contracts which provided that there could be no variation to the contract unless the agreement reflecting said variation was in writing and signed by the parties (the so-called ‘no oral modification’ clause).

In this case, there was no signed agreement between the parties to novate the contracts and, on that basis, KFG argued there could have been no novation (by conduct or otherwise) – and as a result it could not be joined to the arbitration.

The Supreme Court agreed: since there was no signed agreement to novate, the contracts had not been novated and the parent company did not acquire the liabilities under those contracts.

The Supreme Court therefore refused the enforcement of the award against KFG.

In this case, the claimants commenced an arbitration against the subsidiary and its parent company. The tribunal agreed to join the parent company to the arbitration on the basis of the claimants’ allegation that the subsidiary entered into the contract as the parent’s agent. However, the tribunal subsequently held that the parent was not the principal (those claims were therefore unsuccessful).

Importantly, both the parent and the subsidiary were incorporated in Russia. The claimants also sought to rely on a provision of Russian law pursuant to which the parent could be jointly and severally liable for the actions of the subsidiary. The tribunal held that the claimants could not rely on that Russian law provision to establish its claims against the parent because the arbitration clause was governed by English law.

However, the High Court disagreed: the law applicable to the question of whether a parent company is liable to perform an agreement entered into by its subsidiary must be determined by reference to the law of the place of incorporation of that subsidiary. The High Court confirmed that:

It is therefore important to consider the law of the place of incorporation of the subsidiary in determining whether the subsidiary’s parent could be bound by an arbitration agreement entered into by its subsidiary.

Egiazaryan also provided a helpful synopsis of situations where non-signatories may be bound by an arbitration agreement. Those circumstances include: “agency (including cases of undisclosed principal and apparent authority), lifting the corporate veil, assignment, and other scenarios such as universal succession or merger, which may be applicable in other systems of law.” (par 17)

Another addition to the above list may be the Contract (Rights of Third Parties) Act 1999 (“CRTPA”). Under CRTPA, third parties can enforce a contractual term if the contract confers a benefit on them (unless it is clear that this was not the parties’ intentions). However, if the contract provides for arbitration, then that third party may need to arbitrate to enforce that right. Conversely, an arbitration may be commenced against that third party by either of the contracting parties, albeit very clear language would be required to achieve that.

Although arbitration agreements generally only bind the parties to those agreements, there are a variety of means by which a parent company may be bound by an arbitration clause in addition to or in the place of its subsidiary.

However, as the Kabab-Ji case shows, it would be prudent to expressly add the parent company as a party to the contract, rather than assume that any of the potential options discussed above will be available.